On October 31st, the delegation visited Harvard University and met with its Deputy Provost Mark Elliot. The two universities reviewed the achievements both sides have made in social geography computing, student summer exchanges and some other areas, and compare notes on further cooperation. A consensus has been built that both parties should actively seek common interests and make further concerted efforts to attain this goal. Specific measures involve establishing a joint scientific research center and conducting interdisciplinary research between the State Key Laboratory of Information Engineering in Surveying, Mapping and Remote Sensing of Wuhan University and the Center for Geographic Analysis of Harvard University. Another agreement reached is to continue offering overseas programs to expand and deepen exchanges, especially academic exchanges between the two universities. 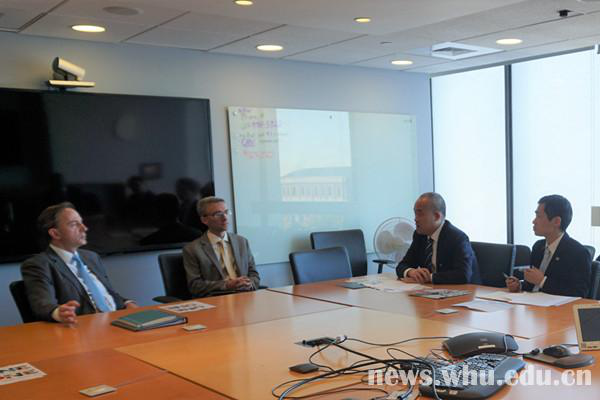 The same day, the delegation also visited the Massachusetts Institute of Technology in the reception of Deputy Provost Richard Lester. President Dou introduced the youth training programs for young talents and the summer exchange programs in WHU. Provost Lester said that MIT will support faculty and student exchanges and promote scientific research cooperation with WHU. 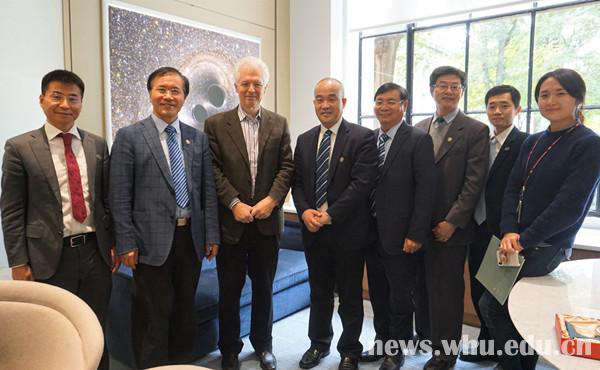 President Dou met with Mr. Richard Lester (the third on the left), Deputy

During the visit in the University of Chicago on November 2nd, the delegation exchanged ideas with its President Robert Zimmer and Deputy Provost Bala Srinivasan. President Dou introduced the universities’ cooperation achievements in medical education reform for the past decade as well as the development of the joint research center for social geography computing. He also expressed his expectation for further progress in medical education reform. President Zimmer showed his support for the substantive cooperation between the two sides in medicine, archaeology and geography, and his determination in promoting cooperation in biomedicine and other fields. President Dou also visited the Geographic Analysis Center and held a symposium with the heads of the Sino-US Medical Education Reform Project. 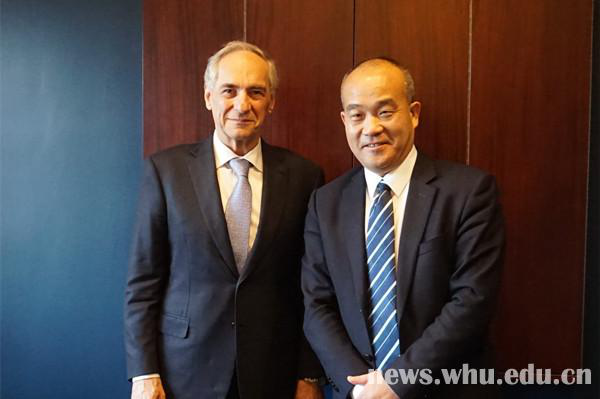 This visit to the United States also witnessed the holding of two overseas high-end talent talks in Boston and Chicago, where Wuhan University’s development philosophy, status quo and future plan were introduced. WHU will unswervingly  implement the strategy of strengthening the university with talents, cultivate an atmosphere of “admiring, respecting and cherishing the talented”, and build a first-class supporting platform to attract global talents for the construction of the “Double First-Class” University. Together with Deng Zixin, Gong Jianya and Xu Hongxing, Dou Xiankang had personal talks with young scholars from targeted universities and relevant areas. 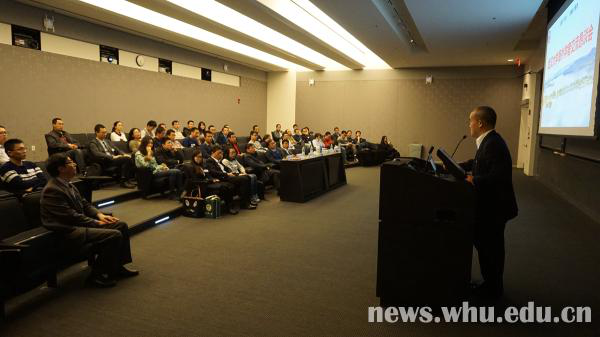 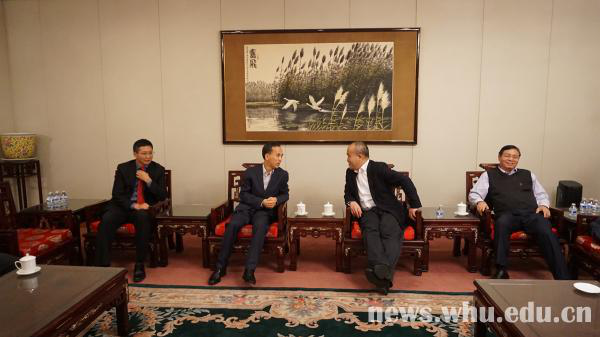 Alumni in Boston, Chicago, and from some hundred-kilometer-away places, met and shared their opinions about the development of Wuhan University. 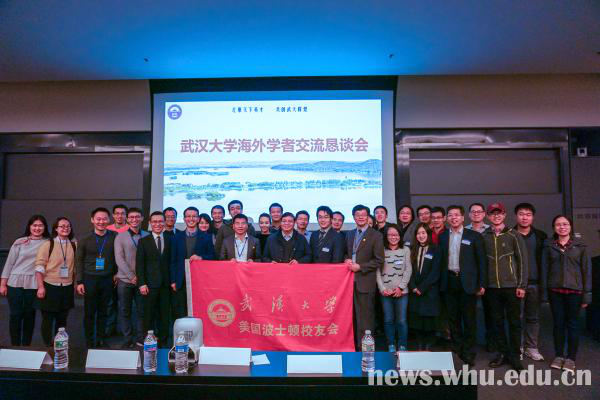 This visit to the US further strengthened the cooperative relationship between WHU and US top universities, promoted international cooperation in scientific research and talent cultivation, and attracted a number of high-level talents to improve the implementation of the strategy of strengthening the university with more talents.